The Cougars encountered their first two losses of the season against SMN last night in a Spring Break double header. The Cougar’s pitchers did a fantastic job on the mound last night. Junior, Maggie Chapin, threw in game one with 10 strike outs and 3 routine plays. Senior, Zoe Newcomb, started game two giving her field 10 routine plays and going 4-6 at the plate. Senior, Emily Alexander, finished game two while shutting out the SMN batters and earning three strike outs. The Cougars did not score any runs in game one but came back in game two by putting 3 runs on the board at the top of the first inning. Junior, Maggie Chapin, hit her 2ndhomerun of the season in game two to put the Cougars on top going into the top of the 6th inning. Unfortunately, the Cougars couldn’t hold SMN and lost game two 8-6 to end the night. The Cougars play again Thursday night at 5:30 PM in Lawrence against Lawrence Freestate. 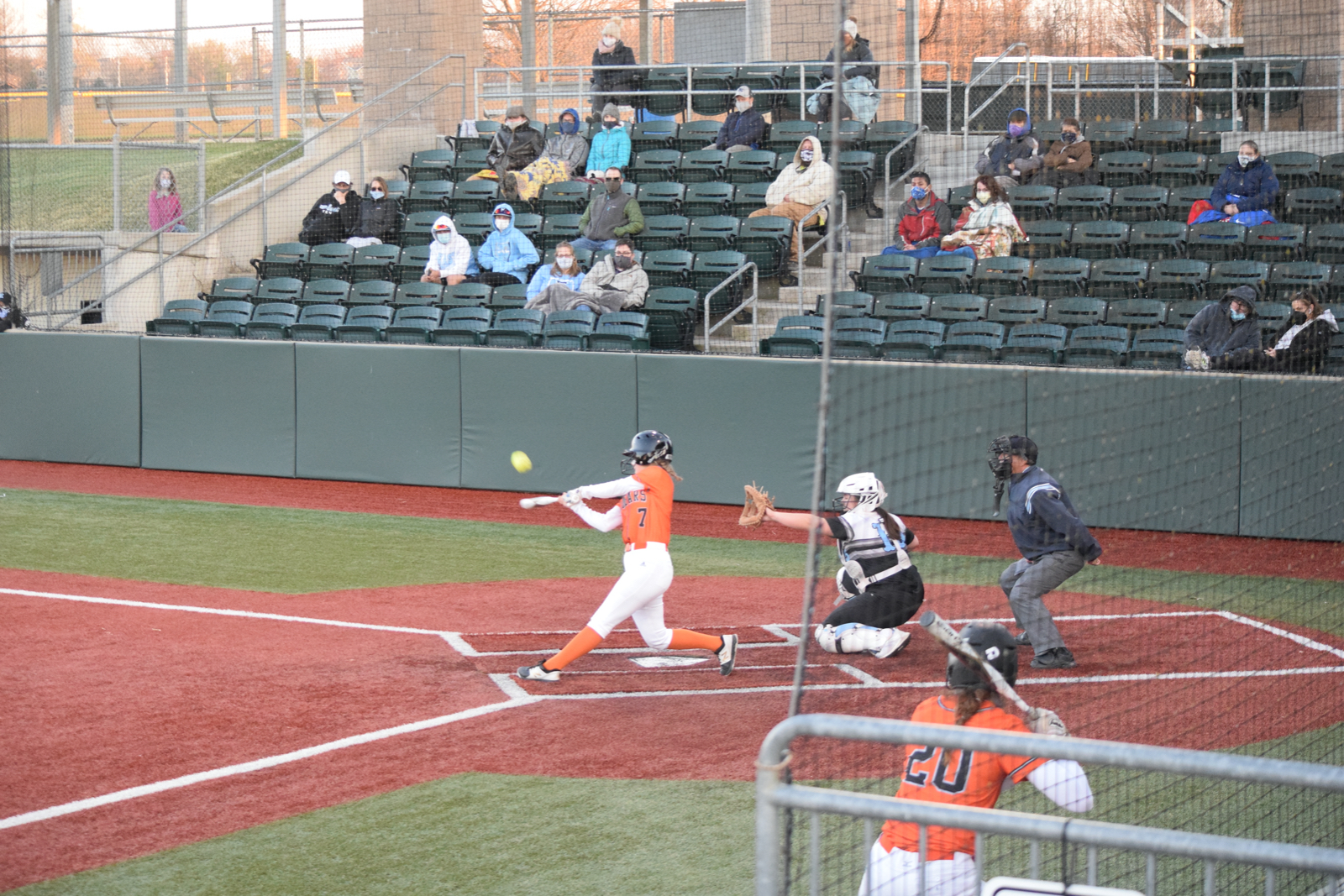