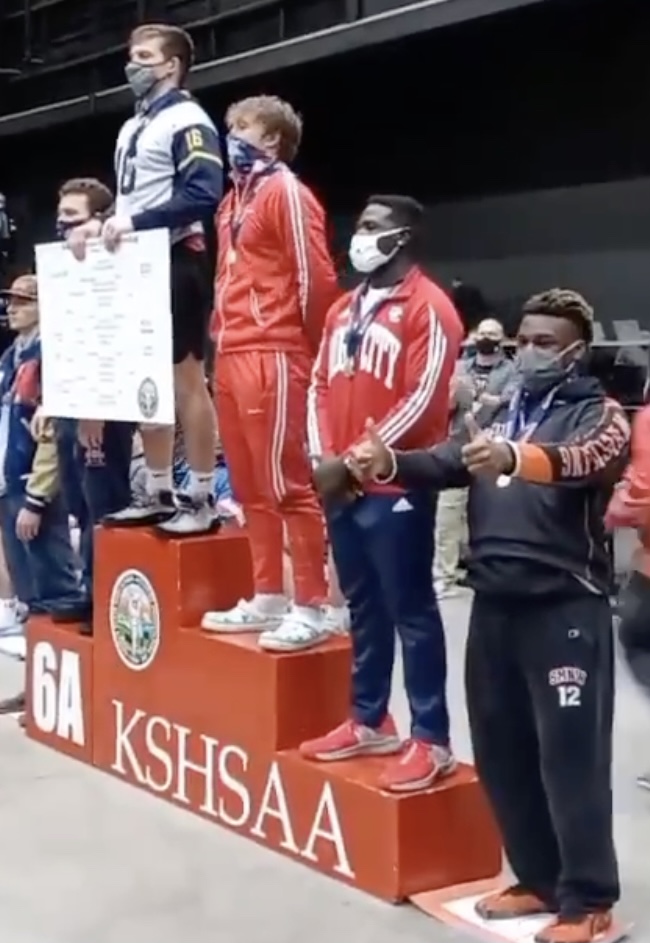 Alvin Horner-Luettel, senior ended his wrestling career on a winning note and as a result made his way to the podium with a fifth place finish at the 6A Kansas State Wrestling Championships Saturday at Hartman Arena in Wichita,

Horner-Luettel, who battled back, after a first round loss to eventual 220 pound champion — Mason Ross from Wichita Northwest– finished his season with a 29-10 record.

He kept his podium dream alive with a second period pin over Zach Franco, Topeka Washburn Rural in the consolation quarter finals before losing a heartbreaking 2-1 decision to Santenio Turner, Dodge City for the opportunity to wrestle for third.

Horner-Luettel finished his career, and earned his fifth place finish, with a 5-2 win over Carter Lahmeyer of Olathe North.